Spain wants to be THE startup nation by 2030, and they need women to get there.

Currently in Spain, startups owned by women get half the investments of those owned by men, yet get double the revenue.  Damn, can you imagine what the economy would look like if women in business had received all of the investment? Literally four times the revenue… 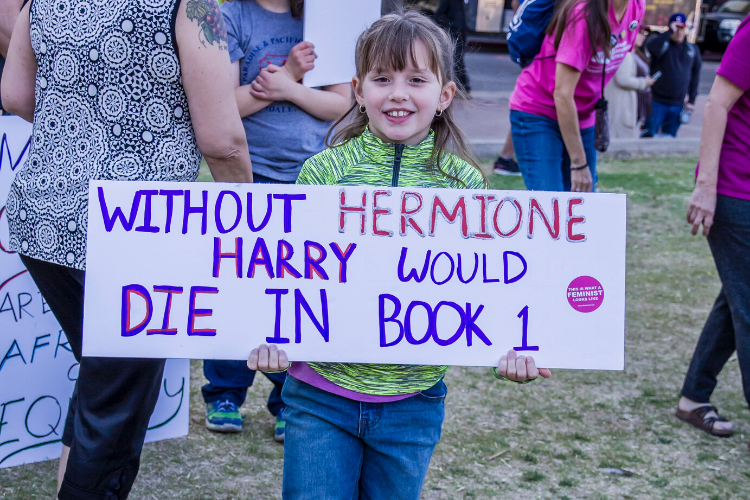 Want to discover how these facts play into the context of the women in business today & tomorrow? Now that we’ve got your attention, read on! 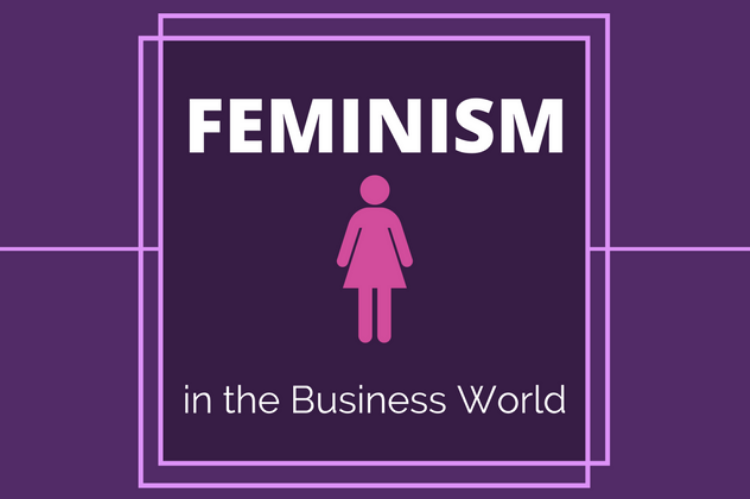 International Women's Day (8th March) has been running for around 110 years - with the same core aim of promoting women's rights and equality across all areas.

We've come a long way in that time - women gained the vote in the UK (1918), USA (1920) and Spain (1931); women have access to far more job opportunities than before and women play increasingly prominent roles in the governments and parliaments of most western democracies.

However, there's still a long way to go for women in business and International Women's Day is a reminder of that.

This progress is recent and we're not yet at a stage where equality is the norm. The fact remains that women who may not have had the same access to jobs 30 or 40 years ago may still be affected in their career today.

Whilst it's not necessarily intentional, the working world still has the tendency to be geared towards men. Indeed according to one study, 81% of women feel some form of exclusion at work, whilst 92% of men don't feel like they're excluding women.

To mark International Women’s Day, we will shed a positive light on the progress of equality in the workplace, with a specific focus on women led businesses. We’ll look at how these new business demographics are changing the landscape of Barcelona’s ecosystem and who to keep an eye on in the next generation of female entrepreneurial game-changers.

By being aware of this and celebrating the progress, we hope that consciousness of archaic stereotypes will increase and real advances can continue. 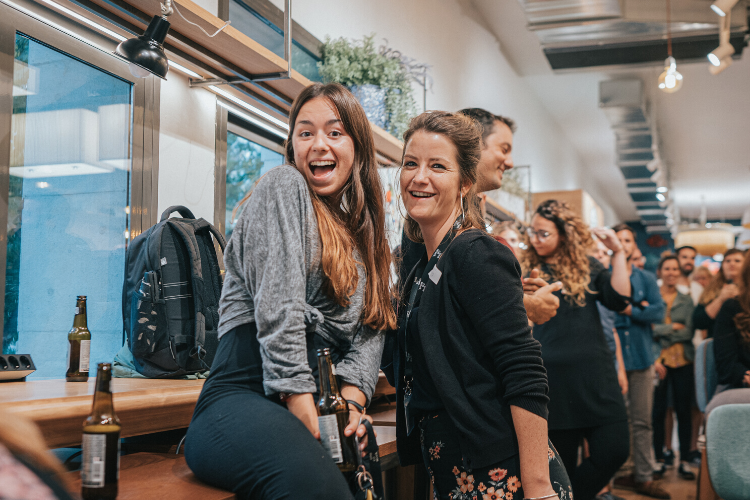 Women in Businesses: Barcelona and the Global Movement

The number of women-led businesses has seen a surge of nearly 3000% since 1972 according to new research.

“This new data demonstrates not only the remarkable impact women entrepreneurs have on our economy, when it comes to creating jobs and generating revenue, but also the growing role of women-owned businesses in our communities.”

It’s safe to say that women-led businesses are on the rise. Women start around 1,800 businesses every day in the US; that’s almost double the figure for the post-recession period.

We’re seeing a surge in business ownership and management among women around the world, and our hometown of Barcelona is no exception. Within our startup and business ecosystem, a thriving community of female entrepreneurs, women in tech organisations, events and opportunities have surfaced that reflect this surge of female-spearheaded organisations around the world.

The State of Play: Women - Led Businesses Around the World

So, we know women-led businesses are on the rise. But let’s break that down. There remain sectors in which women are severely underrepresented. Did you know that only 5% of tech startups are owned by women? Even though 46.8% of professionals in the US are women, women are still dramatically underrepresented in the tech world.

New statistics show that women make up between 26% and 43% of the workforces at leading technology companies. That’s against a backdrop of a gender pay gap estimated to be around 18%, clearly then, there’s still a way to go in terms of workplace equality in the technology sector.

As more women than ever have access to further education, it can be questioned why there has been such a painfully slow and gradual rise of women in the tech sector. However, a quick glance at the environment of the technology sector shows that they are not inviting nor by any means easy places to work as a female.

Shockingly, a survey has even uncovered that over sixty-six per cent of female participants from Silicon Valley said that they had been excluded from important events because of their gender. Their career progression is hindered by their gender and they can be in danger daily in the workplace, as there’s a rising number of high-profile cases against tech giants, such as Uber, involving workplace sexual harassment investigations.

It might come as no surprise then,an average of 16% of global startups have a female founder, and less than 1% of those founders are women of colour. In fact, according to the recent groundbreaking ProjectDiane report, a staggering 0.0006% of the $424.7 billion in total tech venture funding raised since 2009 has gone to black women founders.

Indeed, a key obstacle facing women, and women of colour specifically, that are looking to found a business is the difficulty to secure venture capital. This is an area which has drastically failed to move with the times in terms of accelerating women-led businesses alongside male-led organisations. 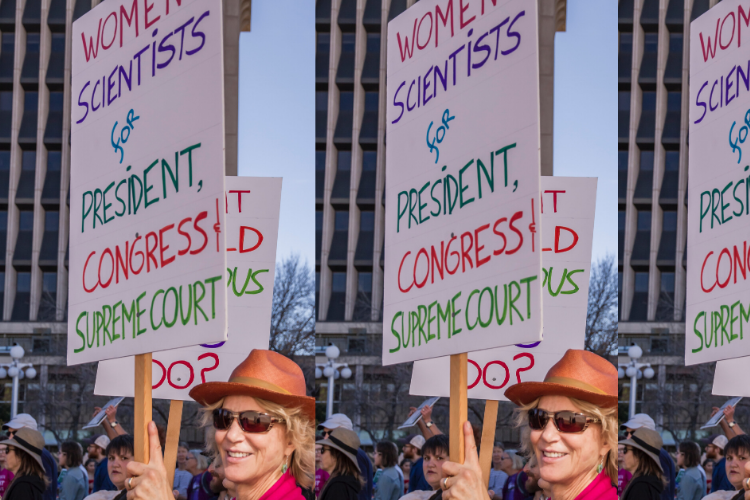 Women changing Business as we know it

That paints a somewhat depressing picture. However, it’s not all bad news. Last year, Melanie Perkins became one of the youngest female entrepreneurs to turn a startup into a $1 billion company with her innovative design platform, Canva.

Emily Weiss celebrates the tenth year of her cult beauty brand Glossier that she founded aged 29. Since then it’s seen 600% year-over-year growth and recently raised a 52 million funding round. The COO of Facebook, the CEO of Youtube, the CFO of Microsoft, the CEO of IBM, the president of Didi Chuxing all have something in common: they’re all women.

Against the backdrop of under-representation and a lingering inequality in some sectors, there’s evidence of change underfoot in others. More women are attending business schools, more are gaining an education in tech and are learning to code than ever before.

What’s more, many women-led businesses focus their energies on breaking barriers for the next generation of female entrepreneurs too. This is contributing to a growing community of front-running female entrepreneurs that are breaking glass ceilings, smashing stereotypes and changing the makeup of the world’s boardrooms and businesses. That’s the global outlook, but how does that compare to Spain and our dynamic city of Barcelona?

According to research by South Summit, 22% of Spain’s startups are run by women. That places Spain above the US at 17% and the UK around 20%, but lagging behind some surprising world leaders in the market share of women-led businesses: such as Ghana at 46%, Uganda at 33% and Vietnam at 31%.

Interestingly, rates of female entrepreneurship don’t tend to correlate to a country's economic wealth and development. Some of the world’s least wealthy economies have reached far higher rates of business ownership among women than, for instance, countries we think of as developed, forward-thinking and business minded like Germany, France and Sweden.

Reasons cited for this have been the need for women in underdeveloped economies to support themselves in unfavourable conditions, and the existence of deep-rooted archaic corporate structures in more developed economies.

Given this trend, Spain’s positioning as 8th within Mastercard’s 2018 Index of Women Entrepreneurs is an impressive achievement. A study conducted last year by Aston University found that Spain has the smallest male/female ratio of early-stage entrepreneurs of all developed economies. According to this study, there are 74 female Spanish entrepreneurs for every 100 male founders, a leap up from, for instance, the UK at 53.

To position Spain within this ever-evolving trend and complex discussion, we can say it’s ranked consistently above the global average in terms of female-led businesses. 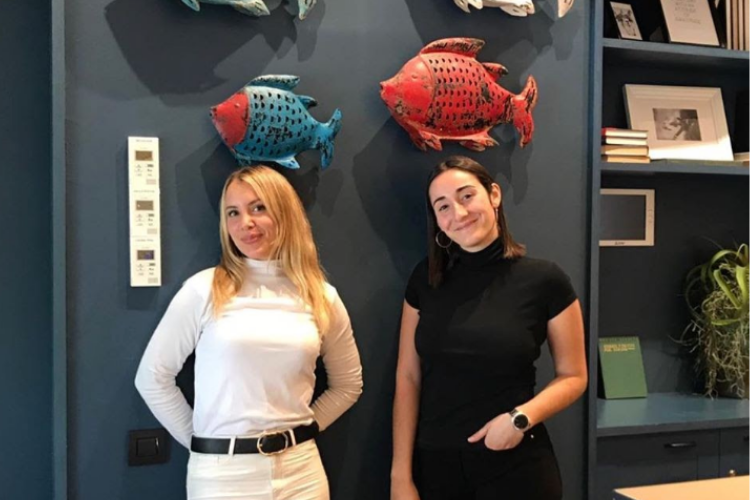 Barcelona: A Hub For Female Talent

The story in our colourful city of Barcelona is no different: in Dell’s 2018 Women Entrepreneur Cities Study, Barcelona ranked within the top 30 cities worldwide that have the ability to “attract and support high potential women entrepreneurs”.

As a startup hub and Europe’s fifth city by the number of startups in 2017, Barcelona’s thriving tech community, low prices and quality of life have proved attractive for founders from around the world. Evidence also suggests it’s been a popular home for female founders in particular.

With a burgeoning women in tech movement, a number of female-focused communities, coworking spaces and accelerators, the city offers a supportive framework for women-led businesses not only to launch but to receive investment and grow businesses too.

Within Barcelona’s startup ecosystem, we are proud to have women who are thriving in business; 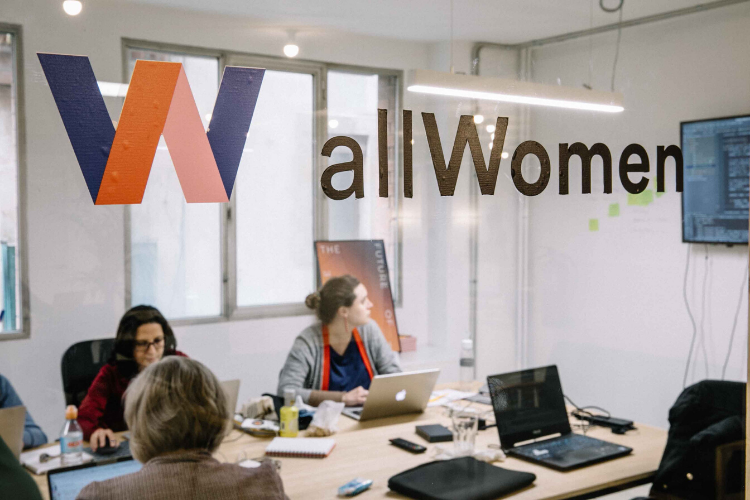 These examples of female entrepreneurship represent just a small portion of the female-led projects and organisations that are disrupting markets from their base in Barcelona. They demonstrate that the rise of women-led businesses is alive and well in Barcelona, and has a bright future ahead of it.

The Rise of Women-Led Businesses

Studies show that companies run by women tend to perform better than the market, with an average annualized return among women-led businesses doubling what the MSCI World Index delivered between 2007 and 2017. A lack of female talent and leadership is fast becoming a weakness, rather than the norm.

We’re at a vital turning point in the rise of women-led businesses. Though still a minority, there’s visible change in attitude worldwide towards companies led by women and women in business. This evolution doesn’t just bode well for female graduates and innovators ready to take their industries by storm, but it will mean positive results for business growth too. 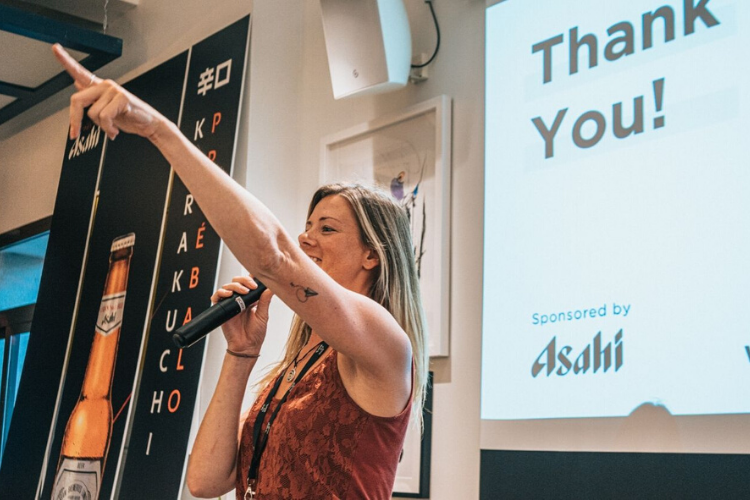