5 Predictions For 2020 You Need To Know About Looking back on the last year, no one could have predicted the twists and turns that came into play. From Trump’s impeachment to WeWork’s unexpected crash (no comment). It has genuinely been a rollercoaster. If so much has changed in the last 365 days, imagine what will happen next. We have some ideas! As the world gears into a forward thinking ‘anything is possible’ mentality, the 2020s are set to be full of endless challenges and opportunities. From green pressure to cryptocurrency the following five phenomenons will become obsessions we forget how to live without; our new normal.

The 2010’s saw the spark of grassroots green action, with the shift towards sustainable consumerism by brands like Adidas, partnering with eco-organisations to make products from recycled ocean plastic (Business Insider, 2019). However, sustainability was branded as a compromise, either costing more than the average product or proving to be limiting in some respect; like reusable diapers for your newborn, which if we are being honest - no one wants. An arguably weak western push for the environment has encouraged individuals to stand up for what they believe in and we enter this decade riding the environmental wave of Greta Thunberg. The teenage climate activist that has initiated the worldwide school strike movement, urging us all to take action in order to ensure a future for our children (Eniday). 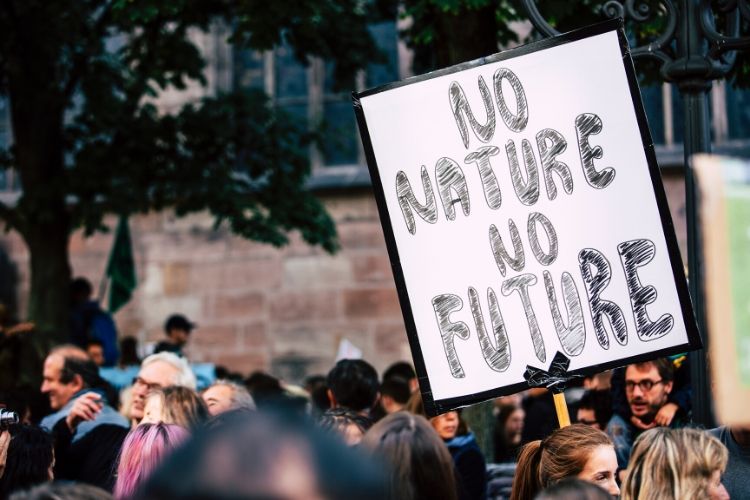 Entering the 20s, green consumerism has become obligatory. We enter a decade where eco-consumption isn’t praised as an added bonus, rather it’s expected as a way to stay relevant. Tesla’s Model 3 is the third best selling car in the UK, with a value of more than $93billion; more than Ford and GM combined (Arstechnica, 2020), (Guardian, 2019). Likewise, fast fashion retailers such as H&M are introducing garment collection programmes, either recycling old clothes or marketing them as second hand. Governments in Germany and Hong Kong have incentivised recycling with inventions such as ‘reverse vending machines’ (put the bottle in, get the money out). Most importantly, the pressure is on corporates and governments to reach zero-net carbon emissions and this decade will see absolute shame, and even boycott, on any organisation that does not make this their focus.

The Fad of Fake Meat

Whilst linked to environmental pressure, Fake Meat has become a craze of its own and we predict this decade the mouth watering substance will become a genuine competitor for even the most carnivorous amongst us. Gone are the days when a potato pancake inside a bread bun was considered an acceptable veggie burger. Consumers have started to recognise the environmental and health benefits of cutting excessive meat consumption from their diet. Healthy vegetarian options appeared on the market in the 2010s; with Beyond Meat making their mark in this new market in 2012 and Impossible Burger not far behind, launching their product in 2016 and boasting “more protein, less total fat, no cholesterol, and fewer calories than a similar-sized hamburger patty made with beef” (NPR, 2016). Stock prices for both companies went through the roof this January as their international partnerships with large brands such as McDonalds, Burger King and KFC were announced. 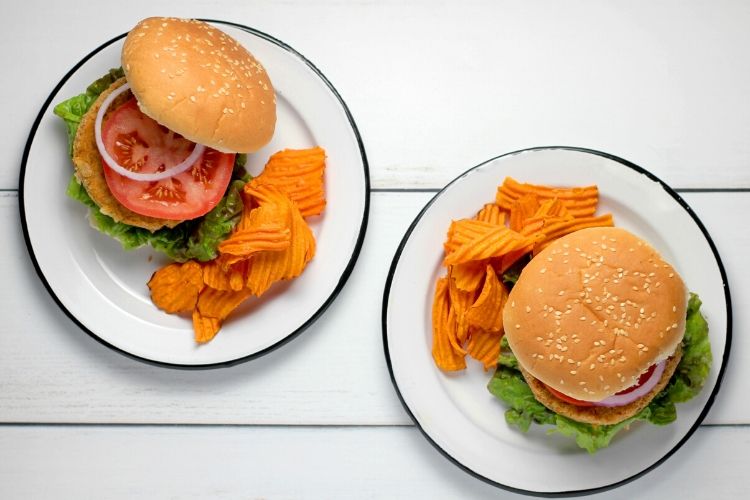 Social media also saw a surge of obsession, with the viral ‘meat-free’ video reveals; as meat-eaters were tricked into eating vegetarian alternatives, without sacrificing on taste. Veganuary proved an unmissable obsession for the coming decade; as we entered 2020 queueing in the masses outside of chains such as Greggs, (based in the UK), waiting for the drop of their newest Vegan Steak Pie and Subway’s newest Vegan Meatball Marinara Sub. Although the Steak Pie was rumoured to be disappointing in comparison to Gregg’s previously launched Vegan Sausage Roll, it still represents a demand for Fake Meat this decade that will grow exponentially.

The Rise of Cryptocurrency

As the payment business undergoes a revolution, we enter a futuristic era of AI and cryptocurrency totally shaped by technology.

Cryptocurrency is the currency that never sleeps, accessible 24 hours a day as customers demand more from their money than ever before. Originating in 2009, this new form of digital money can be transferred digitally across borders without needing a bank account. Cryptocurrency works independently of middlemen like banks or brokers, transferring encrypted currency from peer to peer. 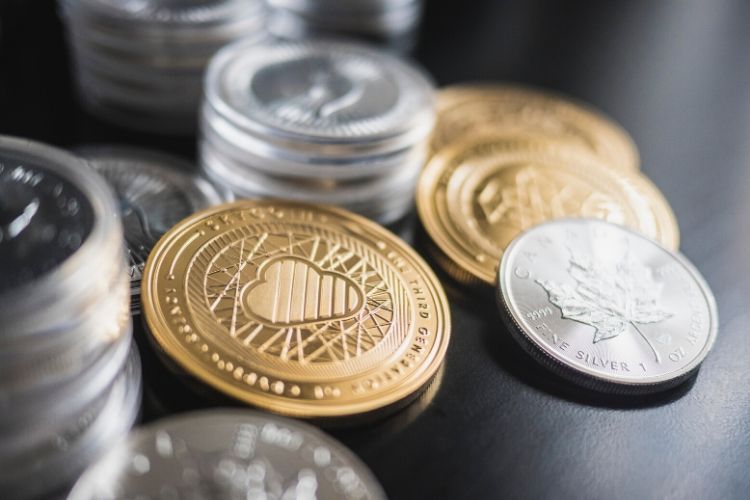 Long gone are the days of needing physical cash and soon we may even see the end of currency borders, as international online transactions and E-commerce take over the market. 2019 saw around $3.53 trillion in E-commerce sales, expected to grow 61% in the next three years (Forbes, 2019). Businesses are beginning to recognise that their future is dependant on cryptocurrency to support their rapid online development. Cryptocurrency payments have the potential of creating a more borderless and globalized economy. Highlighting the crypto-craze is Burger King, who announced on January 1st 2020 that 40 stores in Venezuela would be accepting payment in Bitcoin, to combat the economic turmoil faced within the country (Coin Telegraph, 2020).

With more individuals turning to cryptocurrency in unstable or unfortunate environments than before, cryptocurrency is set to challenge financial inequality this decade as it provides secure financial services without having to be registered to a bank.

The Fall of the Influencer

“sooo does anyone else not open Snapchat anymore? Or is it just me... ugh this is so sad."

This may seem like an insignificant comment, but in fact this ‘tweet’ cost Snapchat’s parent company Snap over $1 Billion USD as their value decreased following the tweet’s publication by Kylie Jenner (BBC, 2018). Valued for her whopping 158 million followers on Instagram, it has come to be commonly accepted that what she says goes, hence Snapchat was literally devalued by her opinion. The last 10 years saw Generation Z become reliant on influencers to tell them what to wear, eat, do and preach. Influencers have become the life and soul of social media; using their platforms to endorse brands and products in return for monetary remuneration. Kylie Jenner is a prime example of this; as the highest paid influencer worldwide, receiving more than $1.2million per post on Instagram in 2019 (BBC, 2019). 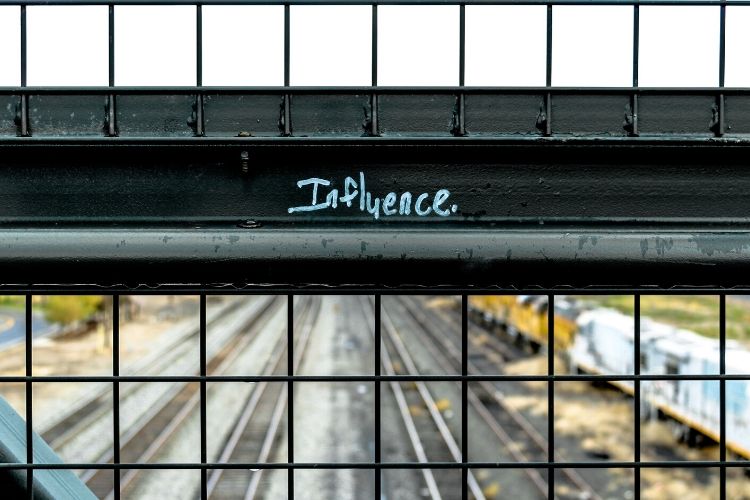 An influencer’s very literal scope of ‘influence’ has expanded in the last decade to a point that can be seen as exploitative, targeting people as young as 13 and shaping their beliefs in order to increase sales and exploit fans. However, there is evidence to suggest that this decade all this comes to a halt; Instagram’s introduction of ‘likeless’ posts are an attempt to encourage creativity, as the app originally intended, rather than mass unhealthy obsession with Influencers and the ‘like culture’. The ‘likeless’ decade is predicted to come hand in hand with the fall of Influencers who are dependant on likes with their posts for companies to pay them. After so long where these individuals were the leaders of our society, it will be weird (but exciting) to see them go.

The Decade of CO

Coliving, coworking, collaborating, commuting- hold up! Whilst it’s not just any word starting with ‘co’, CO is taking over society as we know it. The sharing economy is a business model that is here to stay. The ease of technology has made the shared economy sector accessible to practically anyone with a smart-phone and has lead to the success of global giants like Uber and Airbnb, which can meet any price point and allow two parties to benefit from the same transaction. Community will shape the future of business transactions as people look less to ownership and more to experience. We’ll see new brands emerging and exploring the shared economy sector, putting “co” in front of things we could have never imagined. 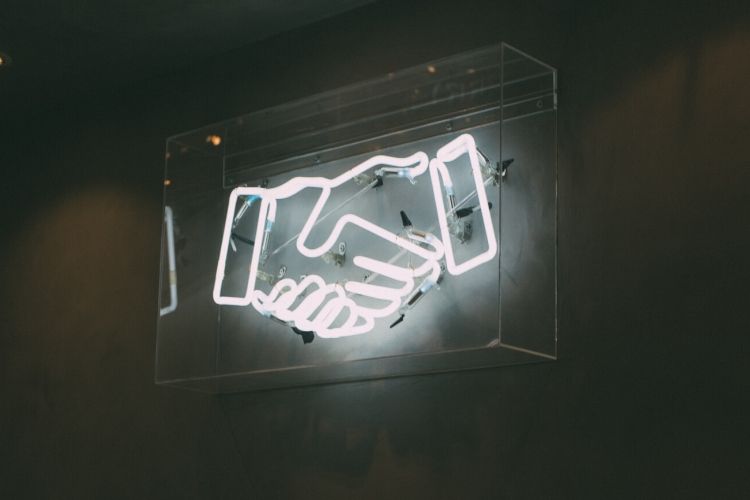 So we leave you with that, five predictions for the next decade which we are sure will be put into play. This is the decade of sustainable technology, a ‘sharing mentality’ and healthy social media, we are feeling good for what’s to come!