How to make the jump as a writer: The 5 things I learned to land on when writing my first novel Golden Boy was my Everest, in some senses it still is. Every time I think I have peaked, the mist ahead clears and I can see there’s still a little bit more to climb until I reach the top. I’ve been writing Golden Boy since it was first birthed as a short story at Falmouth University, almost eight years ago! I’ve learned a lot from writing on the road and writing as a side hustle so if you’re also an aspiring writer looking to take your passion professional, here’s what I’ve learned so far:

How to make the jump as a writer: The 5 things I learned to land on when writing my first novel

Your friends are your greatest support network, that person you are travelling with, playing volleyball with or accepting Tequila shots with may be your biggest ally. Don’t be afraid to ask your friends for support and fall back on them when you need to. I’ve done this countless times in my writing over the years and in doing so I found my editor, my designer, my first readers and reviewers.

Don’t always look at things as having monetary value, you are skilled and should value yourself as much as you value others. If I had relied on just my own funds to get this book alive I don’t think it would have happened. Offer skill swaps with friends and colleagues alike, get hustling!

"Offer skill swaps with friends and colleagues alike, get hustling!"

3. Inspiration is found on the road.

It sounds like a sales ploy from a travel company but I was truly at my most inspired while I was travelling. That being said, a routine is vital when travelling too, make sure you stay productive. I was at my most productive last year in Mexico when I found a travel buddy that was in the same mindset as me. We’d workout in the mornings, grab an iced coffee on the walk home (essential) and then set up shop in the apartment, or in a coworking space for the day, and knuckle down. 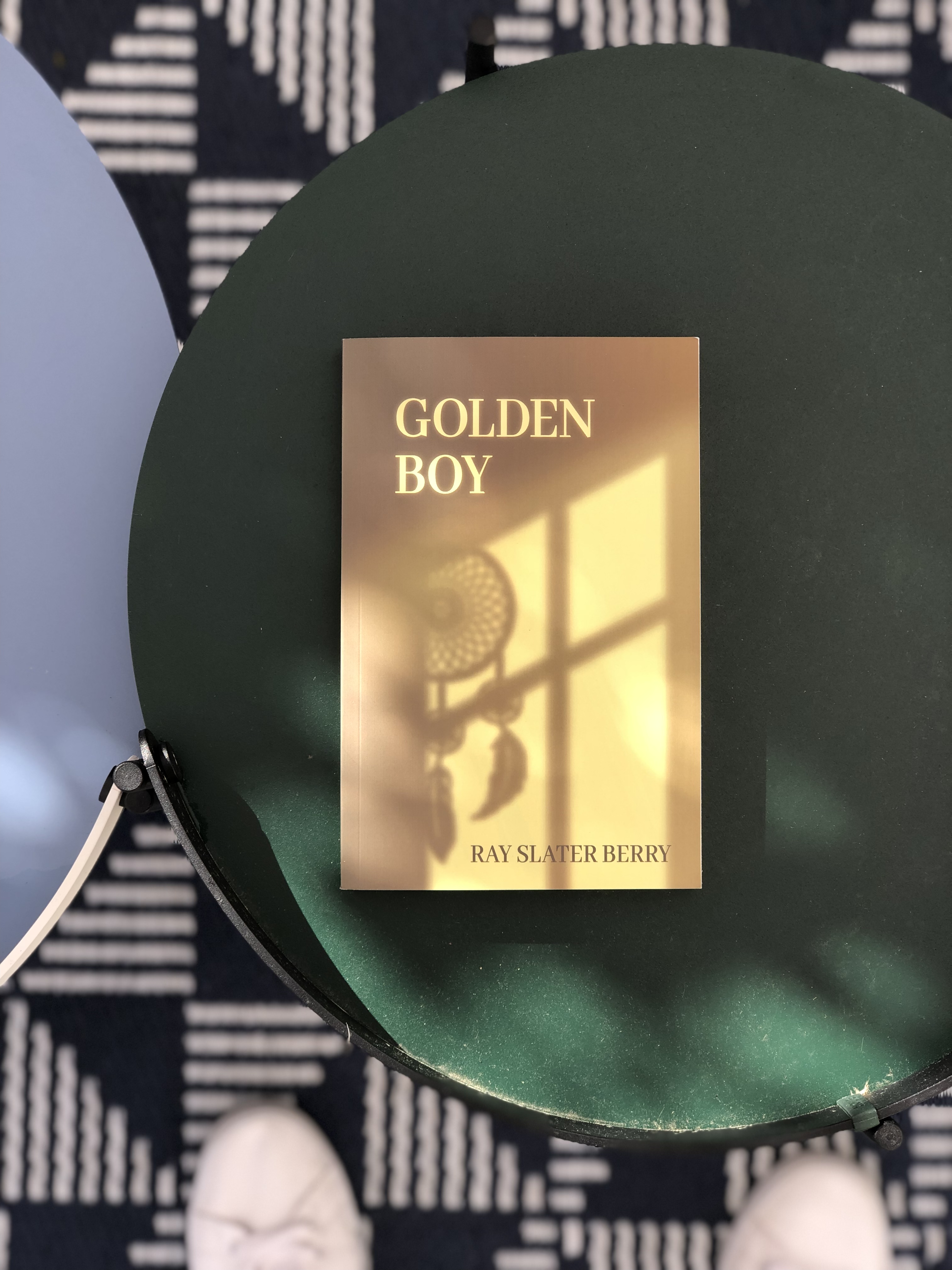 4. Tell as MANY people as possible.

The more people you tell about your work, the more you will be held accountable for its progress. I spoke about my book whenever I could. It was at the forefront of my mind and it crept into the forefront of my friends’ minds too. In the last few months I went bigger and made social announcements. The support and accountability messages (direct or not) I had from my friends were such a help in my final few months. They gave me that constant push or drag to the eventual peak of the mountain, even if I were blind.

I left my previous job in December 2018. I entered 2019 with no home, no job and not that much direction. It’s a scary place to be in. HOWEVER, I sat down with my dear friend Ariel Upton of Today I Did It Right during the holidays, she was in the exact same lifeboat as myself.

My family came in with questions thick and fast: When are you getting a job? When are you giving us grandchildren? When are you getting a job? But Ariel, who has also just launched her own book, told me we have been given the gift of time and should capitalise on that. It’s scary not knowing what your next steps are and not having that stable income to lean back on. However, after having worked for so many years on this novel it wouldn’t be fair to give it my fullest attention at the point that it needed it most. 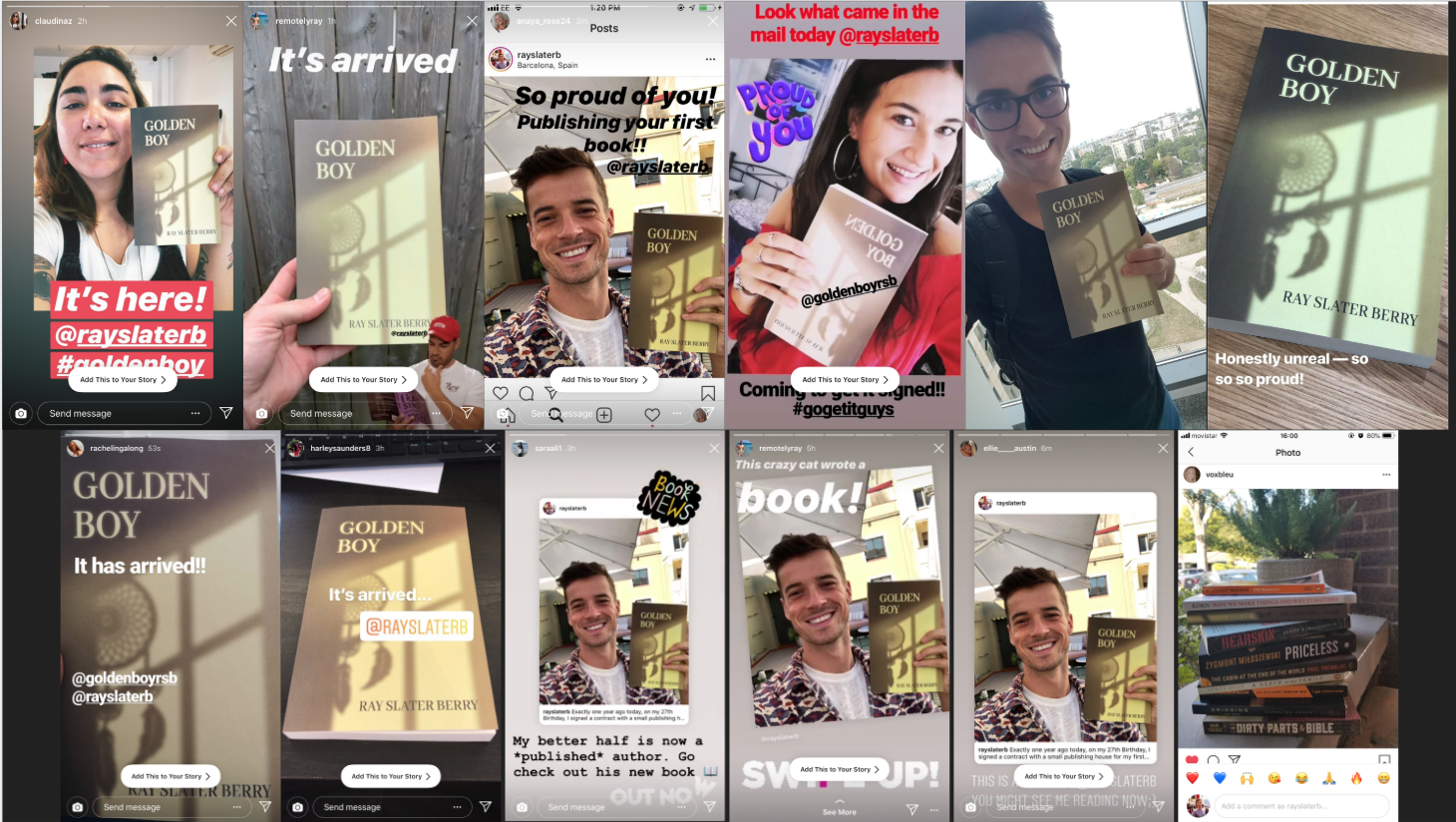 Now, here I am. I write this from the OneCoWork space in Barcelona. Two weeks ago I published Golden Boy and sales are coming in. Since I was a child I’ve always wanted to tell stories, in one way or another. As I got older I wanted to tell longer stories and be story-telling in my work. As I got older still I dreamed of one day publishing and even if I could sell one book, just one, and affect someone’s life with something I have created would just be incredible to me.

Well, I can happily place a check next to that dream as I’ve sold. I have sold a book! More than one even! That feeling is overwhelming even writing it now. If you are also looking to take the plunge, reach out to me. I’ve learned there is nothing stronger than community and with the right people around you there’s no stopping your potential.